From Washington DC to Kyiv 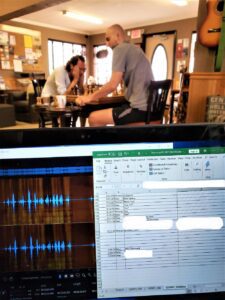 Operating out of Washington DC and Kyiv, at Russi Leaks, we believe that a laser-focused news media company dedicated to exposing Putin's evil plots, ops, and disinformation coupled with even a single person with a secret, can change the world for the better. Take the first step: contact us, subscribe to our News Feed or donate to our cause (non-tax deductible) and together, we will help expose Putin's secrets to the world on the side of the angels in defense of Ukraine, democracy, and in the greater battle for the soul of the universe.

We bring news to the world, opinion, commentary, and human interest stories about current events and Putin's schemes, plots  and ops.  We support Ukraine given they are fighting literally on the front line of democracy as a bulwark against Putin's evil regime.

Russi Leaks supports the Ukrainian artistic community and Ukrainian relief causes by featuring the artistic works of Ukrainian artists and musicians, and by helping Ukrainian artists through sales of art and merchandise bearing their art, with a majority of the proceeds going toward a combination of the original artist plus Ukraine relief efforts.

We are an independent, privately-owned, for-profit media company on a focused mission and we support our operations through subscription revenue, donations, and merchandise sales.  We are not affiliated with any government entity. 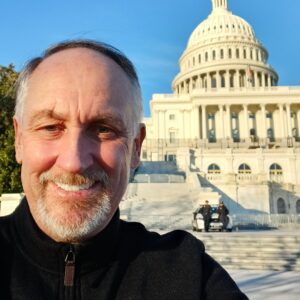 Russi Leaks Founder and CEO John Liccione began developing Russi Leaks as a project in 2019 after the release of the Mueller Report and the DOJ indictments of Putin's GRU intelligence operatives who hacked the 2016 US elections.  He launched the company publicly on March 1, 2022, one week after Russia’s invasion of Ukraine, with a focused mission to bring light to Putin’s evil plots and schemes in the defense of Ukraine, freedom, and democracy, as the antidote to 9 years of Putin’s relentless disinformation and psychological warfare campaign he has been waging against America and the democratic nations of the world since at least as far back as 2013.

John's book, “The Grand Unifying Theory of Putin-Trump,” now on sale as an e-book on the Russi Leaks Store and Amazon, sets the tone and lays the foundation for the Russi Leaks’ mission and provides an action plan to solve the world’s “Putin-Problem.”  To quote one reader review:  "John weaves the facts of yesterday and today to paint a vivid canvas of what our future may and will likely be."

John has been a visionary cyber-security leader who has led high-tech companies to successful outcomes, turned around failing companies, defended against advanced, persistent cyber-attacks, defended his country against hostile foreign adversaries, and has personally invented two ground-breaking continuous monitoring solutions for government and industry networks. He has delivered quantifiable results in software, cloud, cyber-security, and national security. He served honorably in the USAF and NSA as a Korean linguist and intel analyst then obtained his BSEE from University of Maryland. At ARINC as head of advanced Research and Development, he launched the airline industry's and FAA’s first private IP network, “AOCnet.”

He served as VP at USinternetworking, leading R&D and their managed hosting business unit, through their $140M IPO. He co-founded Evergreen Assurance in 2002 and patented a 15-minute disaster recovery cloud service for corporate e-mail and Blackberry mobile devices in the aftermath of 9/11, which won SC Magazine’s “Global 2004 Judges Award for Best Disaster Recovery Service.” He turned around a failing network management firm by inventing Boxtone which became a market leader in continuous monitoring of mobile device and email performance.

He served as VP or Worldwide Services at cyber-security firm Tenable and helped grow it to market leadership while serving as executive program manager on the DISA/DOD ACAS program, which provides cybersecurity continuous monitoring for the entire DOD as well as most federal agencies and all three branches of government.

Throughout his career John has been a creative change agent, a team builder, and a visionary willing to dive in and solve the seemingly intractable problems for his companies, customers, and America. When a solution doesn’t exist, he invents one:  Ergo - Russi Leaks. 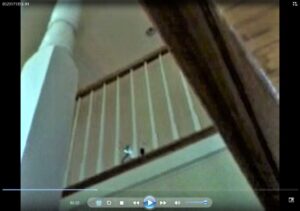 We're clear as to what our mission is, what we stand for, and what we're focused on. With Russi Leaks, there are no hidden agendas and as a focused news media organization we are not trying to be all things to all audiences.

More importantly, unlike certain other platforms, we don't just re-publish and amplify disinformation hacked and dumped on us from dubious sources, collect their ad spend money, then wash our hands of the societal damage such psychological warfare wreaks upon the minds of the peoples of the free world and behind the Iron Curtain.

We will not allow ourselves to be weaponized by the forces of evil to attack the very democratic institutions that give us our freedom of the press and our peoples' freedom of expression, assembly, and the right to vote in free and fair democratic elections.  We investigate and curate the information we gather to ensure its authenticity.

To that end, we're looking for evidence on Putin's evil schemes, plots, and ops in document, video, photographic, audio, and cyber-forensic forms which serve to expose and prove Putin's and his enabler's malfeasance, and of operatives acting under his direction and on his behalf on US soil and overseas.